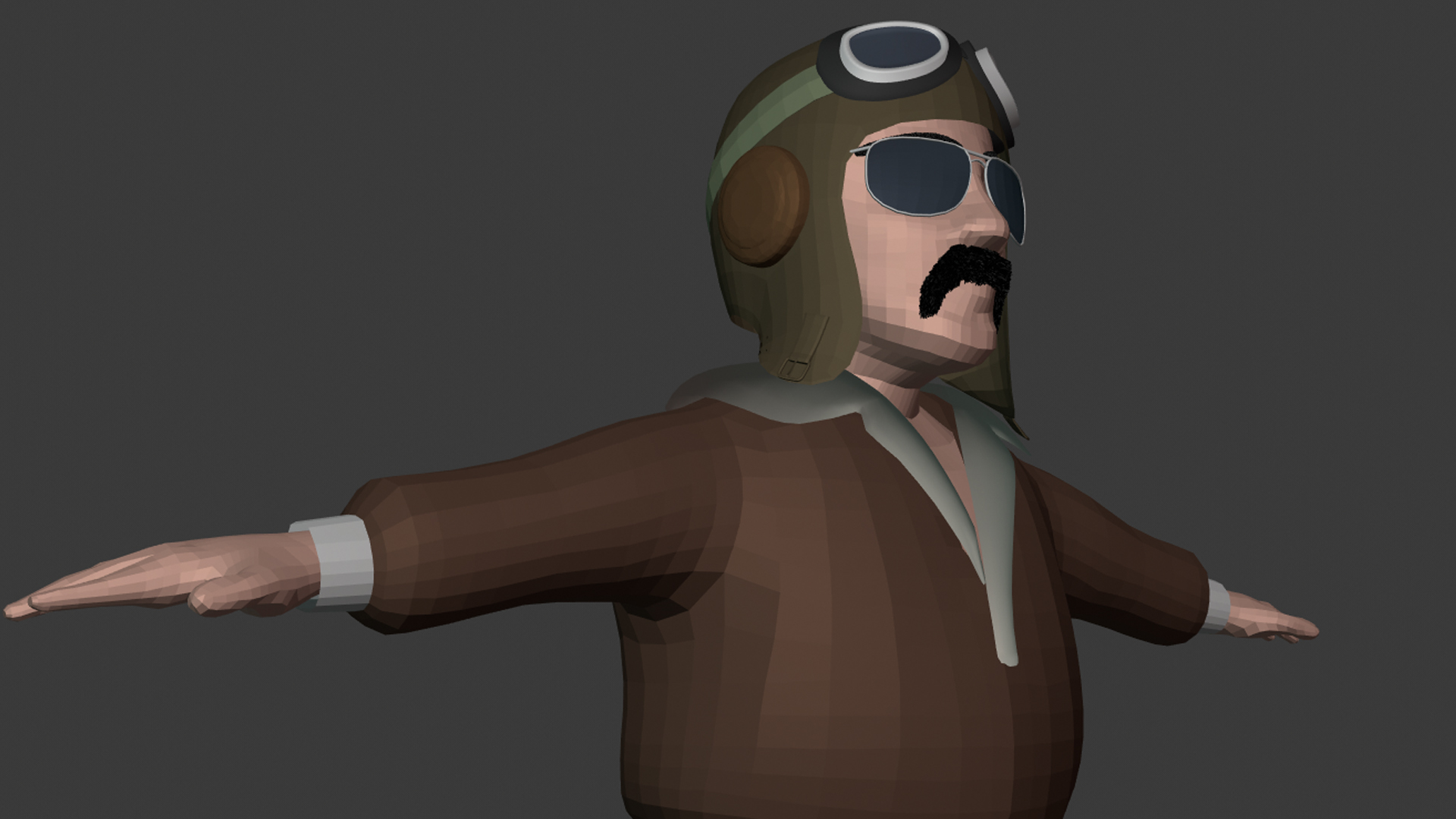 When I got my first model into Unity and working I was so excited! Even though I tried to keep the poly count low, I quickly discovered the limitations for mobile gaming when the phone became insanely hot.

There are several methods to optimize performance but one that really impacted me is Retopology.

Once you have your super detailed High Poly Model, the idea is to rebuild this model with as little polys as possible (here you have to find the balance what best works for you). At a later stage, you are then able to “bake” the details from the High-Poly Model onto the Low-Poly model (I will try to share the outcome of Baking Normal Maps in the coming days).

All steps that were needed were really nicely explained in the video by Flipped Normals on Youtube: Retopology for Beginners in Blender 2.8 This video helped me out a lot regarding the required tools and steps that need to be undertaken in blender.

Here are some of the steps creating Retopologized "Danger Darrel"

My experience Retopologizing "Danger Darrel" is that it is a very tedious and time consuming process, BUT it is crucial for optimizing and increasing the performance of your game in engines such as Unity 3D.

You will be able to achieve a much smoother frame rate and at the same time reduce power consumption on mobile devices. 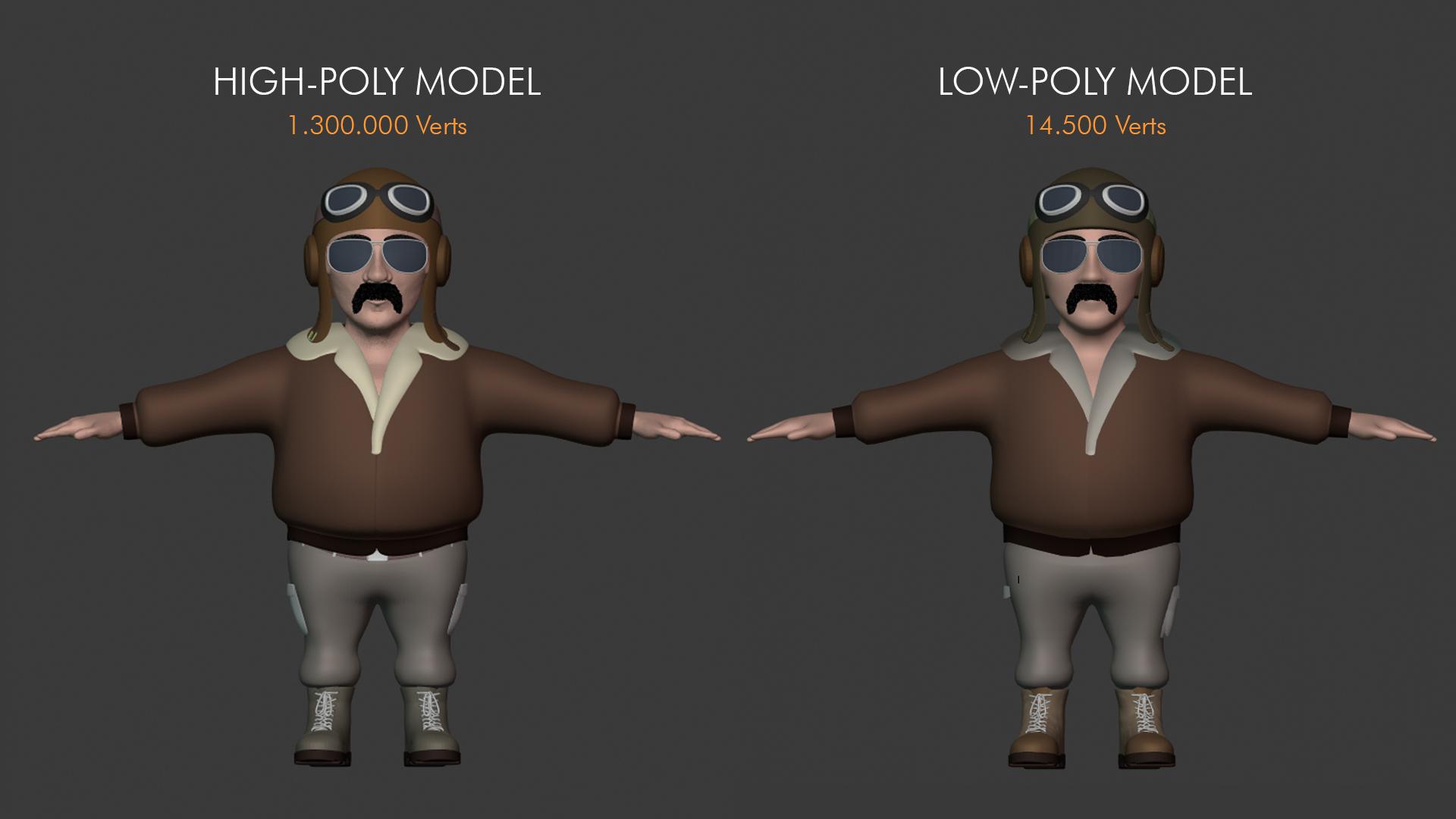 This is only one of many steps that need (or can) be undertaken to optimize your mesh for game engines.

In order to preserve the visuals, the next step was to bake the normal map. This is an amazing technigque and I can highly recommend the tutorial "How to Bake Perfect Normal Maps in Blender - Tutorial" by BlenderGuru 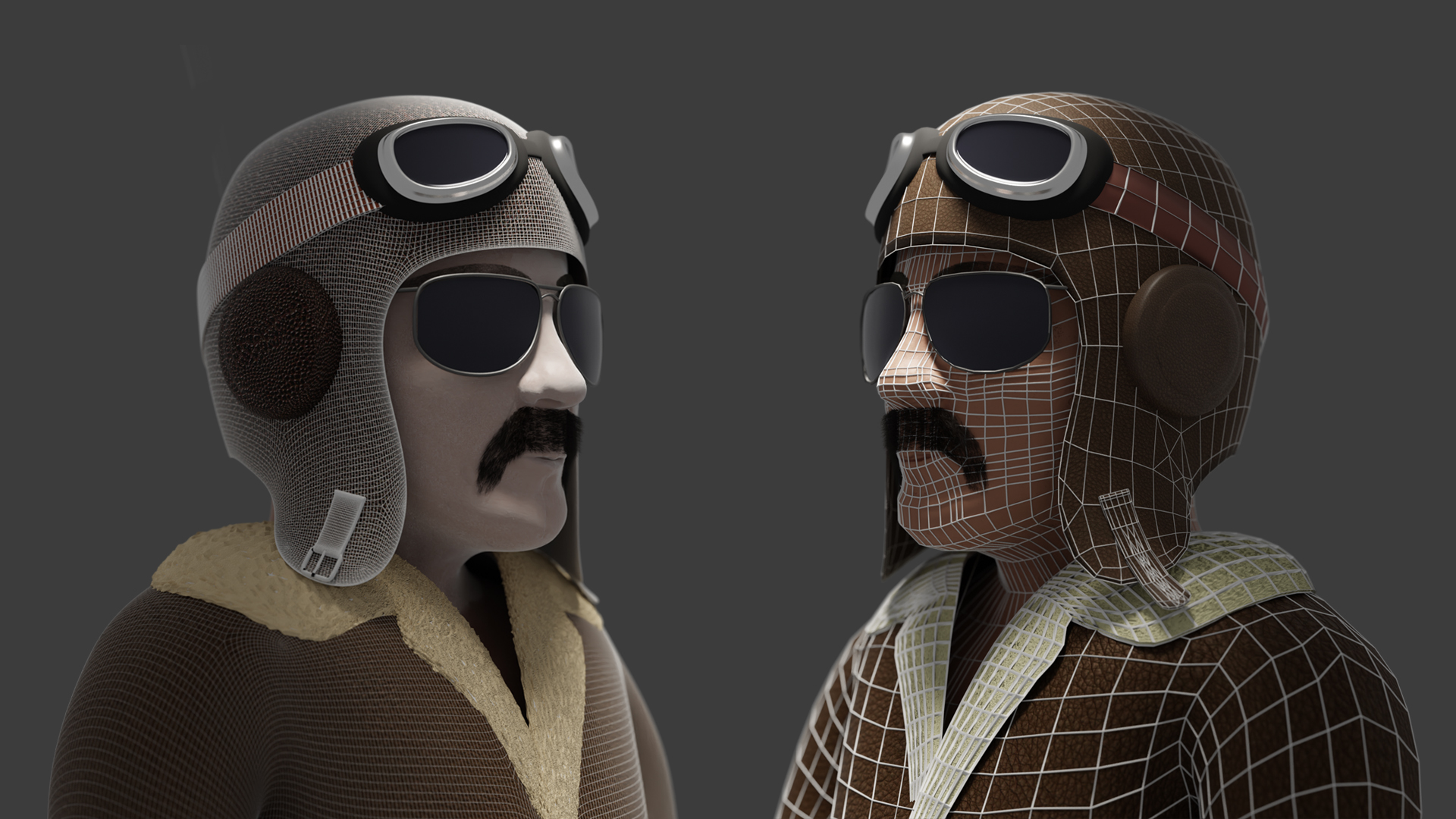 I will share my insights on further techniques such as utilizing LOD's in Blender/Unity to further reduce the Polycount in the game.

As always, I would love to hear your thoughts and insights in retopology or mesh optimization for game engines. Feel free to leave a comment or drop a message!